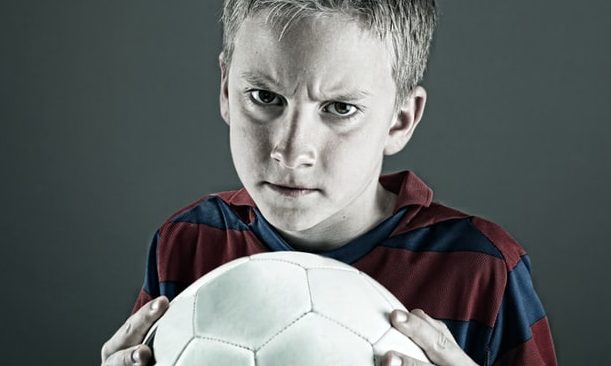 Have you ever peered out your window one morning and thought the world got turned on its side while you were sleeping? You see familiar objects. But something’s shifted in the landscape and you’re not sure what. Like living inside a giant snow globe and waking up to find yourself shaken, blinded by a zillion white flakes fluttering in front of your face.

I got just such a jolt—some might call it a paradigm shift—this week after I learned that Walter (Wally) Gretzky had died. My ears perked up and I began listening to and reading tributes for Wally, be they from Tofino to Gander to Fort Simpson. They filled me with melancholy. Don’t get me wrong: I’m no hockey nut. I’ve never even met the guy. But I felt a pang over his passing just the same.

This father of The Great One.

This man who taught his legendary offspring the power of humility.

I felt sorry for Wayne, first, of course. Wayne adored his instrumental dad, his earliest and most devoted coach. But the more I learned about Wally, the more it felt like the collective Gretzky family’s sad loss was everyone’s loss, in a way. And that’s when I began to connect the dots. I began to examine my own sorry history as a soccer parent. It made me realize—with a swift kick to the gut—just how much I’d come up short.

That Wally could have taught me a trick or two, then.

Altruism is a rare and beautiful thing. It brings to mind the repeated remarks about Walter’s ordinariness. His refusal to get swept up in his son’s celebrity, and how that set him apart, not just as a father, but as a human. A person satisfied to steep in his own sanctity. A guy who felt secure enough to stand apart from his son, to leave just enough space for all the glitter to land on Wayne, plus a clean piece of floor to catch whatever slid off his son’s shoes.

The story, as I understand it, went a little like this. Wally was the guy who got up early to clear patches of ice for his son to play, who drilled him to think like a sports genius— always two or three steps ahead of the other players—who played a critical role in his son’s trajectory. But he refused to take any credit for Wayne’s brilliance. Ever. And when it came to the day-to-day career moves, as far as I understand it, Wally was content to let Wayne rise and fall. His job, as is any good parent’s, was to act as a guide. And then—to let the guided one go.

I think back to my own years as a soccer mom, surrounded by a bevy of obsessive moms and dads. The years I spent fretting and hovering over one of my sons—a natural athlete just good enough to make the higher-level teams, but beset by too many injuries and self-doubt to sustain a select spot year-to-year. I think of the ways I personally agonized over my son’s highs and lows on the field, not only because I cared, perhaps; because I cared a little too much.

I wince when I recall making my penultimate mark as a soccer mom. My year as manager for a local “gold team” of 10-year-olds, one that included my son. I spent much of the year losing sleep over his uneven performances, trying to make up for his gaffes with batches of cookies for the kids and party planning to impress the two coaches. I knew, deep down, that whatever I did, I couldn’t make up for my son’s weak passes that day or his long dry spell without a goal. And yet, somehow, I kidded myself that my managerial charms might propel my son’s soccer hopes forward.

Pick me, pick me—my head was saying—even though I needed to step back. Think hard about what I would tell my son should he be the one to get passed over. I couldn’t seem to let go of that initial euphoria, my soaring to the moon and back the day he made that special team.

Omigosh—they picked him! My little darling. Despite my soccer-defective DNA.

My son’s status made me golden without having to don a single pair of soccer boots. The thought I might lose those privileges by association—so enmeshed was I in my son’s fate—felt crushing. Felt like something I couldn’t face.

And in that way the universe always dishes up the one plate you can hardly stomach, the worst came true the day I learned—via brusque email—that my son had indeed been cut. I hopped in my car and drove to the soccer field with a face full of hot blood.

“You okay, mom?” my son said to me from the backseat in a small, worried voice.

“Yes, yes. I’m fine, hun. I’m just really mad at your coach,” I said. “We’re driving straight to the field because I intend to tell him that.”

I’d been wronged, I told myself. It wasn’t the fact that the coach had cut my son from the team, I reasoned, but the rude manner in which he conveyed his message. So righteous was my anger that I seemed to have forgotten my son. Instead I left him in the backseat while I marched out on the practice field, pulled the head coach aside, and bellowed like a sullen sports-child: “It’s not fair! It’s not fair! Why him? How could you do this to us?”

The coach stood there with his hands on his hips waiting for my ire to sputter out. “Are you going to break the news to him,” he finally asked me, one eyebrow raised. “Or shall I?”

In the end I agreed to be the one, so I skulked back to my car and shared the news. If I’d been rational, I might have said to my son: “Hey bud, you worked really hard this year. But it sounds like they’ve got the team they want. You being on silver next year—I’ve heard it’s a lot more fun.”

I’m sorry, Wally. I’m sorry, Wayne. I figured out what it means to aspire to greatness just a little too late.

And ever since then, I can’t stop the snowflakes from falling, no matter where I look.