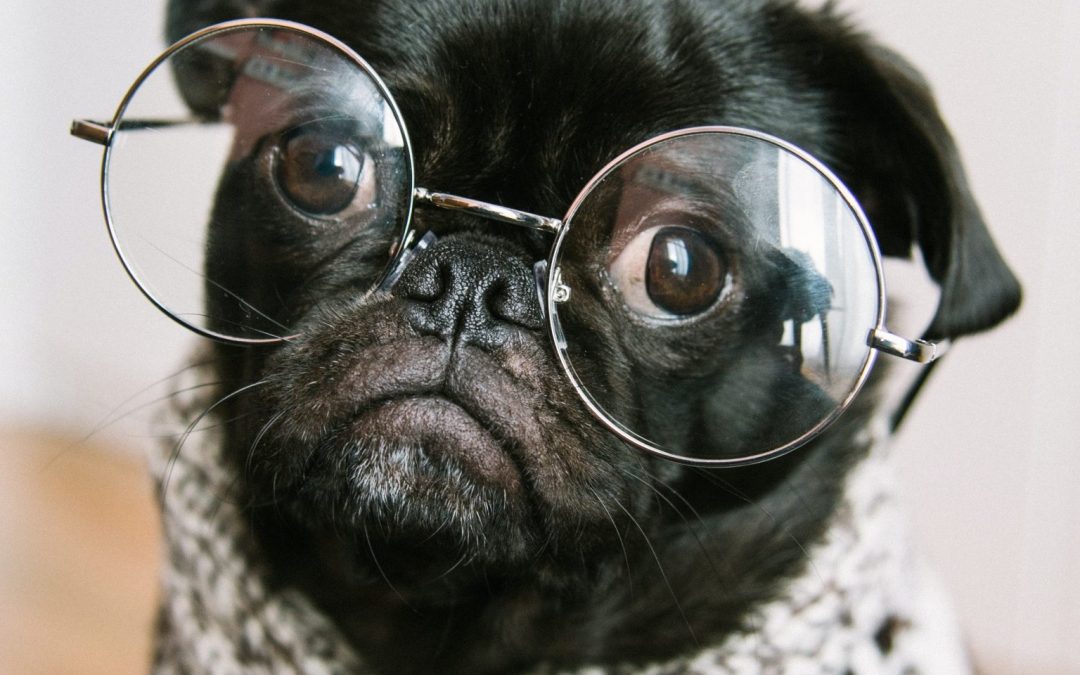 What I remember first about these two women: they were in a hurry. My husband and I were out walking our dog, Fin, at our favourite off-leash beach and they tromped right on past us in the muted, early spring light, looking ahead with a sense of purpose.

Then one of the women interrupted her walk to stop, turn around, and watch Fin scrabble up and over stacks of driftwood heaped across a long arm of sand.

“Yeah, he’s definitely a pug,” I said, swelling with pride.

“Hmph,” the woman replied, then trotted up the beach to catch up with her friend. As she got within earshot of her friend, I could hear their loud conversation bounce across waves: “Yeah, I heard pugs are, like, not that smart,” she said. In reply, her companion covered her mouth, and the two of them collapsed into giggles.

“Prolly the dumbest dogs, ever,” her friend added.

I felt my husband squeeze my hand as I watched the women scurry up the beach, my eyes boring holes into their backs.

I noticed neither of the women had a dog accompanying her. For two people who looked like they’d graduated from high school maybe twenty years ago, I wondered what prompted them to play nasty with a dog; for that matter, what would qualify two non-pooch people to comment on a dog’s intelligence at all?

It’s an insult to my own intelligence that I’ve spent years fretting over this long-ago, thirty-second encounter with these two women. But there you go. Pug moms, I’ve heard, leak brain cells the moment anyone dares hint that their adopted children are less than fur-covered rock stars. If you want to knock a pug mom flat, try toppling her with a feather dipped in a few poisonous words.

But if I’m honest with myself, these women certainly aren’t the first to feel entitled to rank dog breeds according to brain power. If you want to know how smart your dog is—according to some mysterious, highly scientific ranking system—it’s as easy as typing in the breed on the Google search bar and adding the word “intelligence.”

Yeah, I’ve read the stats myself. I know pugs are somewhere near the bottom. Essentially a bunch of sleepy little lap dogs who must have bombed their LSATs. I have a pretty good idea how so-called dog intelligence is determined, as well. The dogs quick to learn commands and quick to follow them, the dogs who remember these commands so well they merit extra treats. These are the dogs annually dubbed geniuses of the canine kingdom.

By contrast, the lowly pug, who walks around with an expression that says, “Can you crack me a beer, Dad, so we can watch the game together?” would sooner chill with his peeps than work on his “sit, stand, and fetch” homework. By default, he must be really dumb, right? Just like my own slacker high school teacher husband, who enjoys collapsing in front of the TV with Fin after a long, hard day at work, by extension, must be a half-wit. And yet, somehow, that same husband pulled off perpetual straight A’s and three university degrees. Go figure.

I think you’re catching my drift, right? Who gets to decide what intelligence really means? Whether we’re talking about dogs or humans, are the smart ones only those capable of reaching the bars set by someone else?

Fin may not know how to dig for bones—he’d rather eat them first—but he knows the difference at night between me getting up to turn out the hall light and me sleepwalking. Whenever it’s the latter, he wakes my husband up right away, launching him up and out of bed to find me in the dark, to stop me from falling, semiconscious, down the stairs.

Whenever any one of our kids is having a bad day, Fin arrives in a flash to offer comfort, to kneel at the pair of legs attached to the body of a broken soul. How does he know so-and-so is depressed on that particular day? My husband or I might have missed it, but when it comes to managing his family’s complex needs, Fin is always on the ball.

His extrasensory skills, in fact, are nothing short of astounding.

Fin knows all the subtle forms of communication we give our minds over to—the right head tilt and eye-bulge to convince us we need to let him lick our dinner plates or take him for a walk. When he doesn’t want to do something, he flat out refuses, and he pretty much always gets his way. I always thought the hallmark of intelligence was independent thinking—or did I miss the memo? Whatever it is, I don’t need to remind everyone how much trouble our ancestors have gotten into in the past by simply following orders. The outcomes usually mark the most tragic chapters in human history. Only the types who think and speak for themselves—the Ghandis, the Churchills, the Gormans—inspire a quest for greatness in everyone else.

I’m not saying my pug is ready to lead the battle against climate change just yet—unless the organic treats for victors are truly spectacular—but I do have a few words I’d like to say back to those two women who pushed past us on the beach all those years ago.

They are as follows: Be kind. Think before you speak. And, most of all, never underestimate the power of a four-legged creature who conquered the mind, heart, and refrigerator of its two-legged caretaker—without saying a single word.