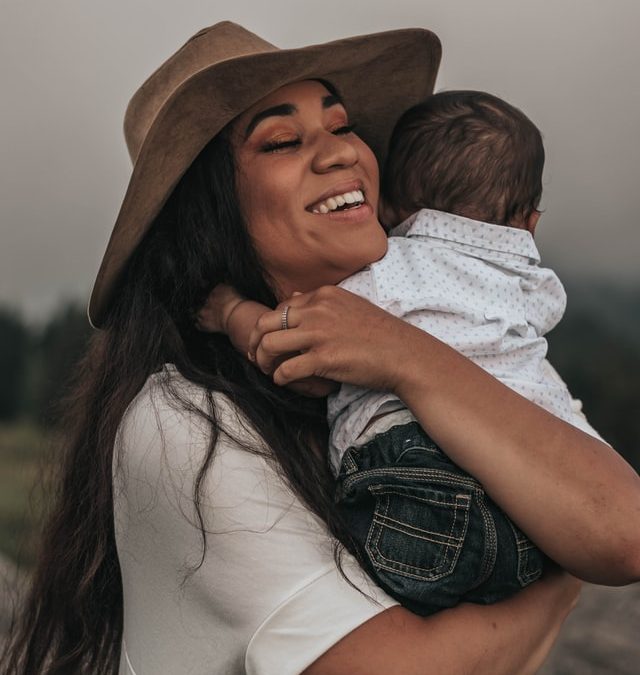 The other day, my sister phoned to express her excitement. She reminded me she’d be moving by the end of the month—out of her noisy, concrete condo in the ’burbs to a glorious half-duplex in the big city.

“Whew! Thank goodness you’re getting away from all those perfect families in the suburbs,” I told her.

“You’ll be in a child-friendly neighbourhood in East Vancouver, where it’s not only acceptable to be different—it’s celebrated.”

My sister’s difference—according to an alarming number of suburbanites?

The mother of my adorable, almost eight-year-old niece, to be exact.

I share these sentiments with my sister because I, too, was one of those once—a socially unacceptable single mom.

It was two decades ago that I battled the stigma of being the divorced mom of a young son living in the ‘burbs. I remember the suspicious eyes of married moms and dads lasering into my back at the playground like it was yesterday.

It’s possible I still bear their scorched indentations on my skin.

“Poor boy,” those eyes said. “Probably lives on Kraft dinner. Probably sits in front of the TV all day while his mom talks on the phone in the backroom with her boyfriend, filing her nails and screaming at her kid to turn the volume down.”

And yet—despite enduring others’ tainted assumptions—I remember something else: that being a single mom to my beautiful son was one of the happiest times of my life. I loved the idyllic six years we spent as a family of two.

We didn’t have a lot of money, but as my son might tell you, we had a lot of fun. He was my centre, the kid I painted with, built sandcastles with, took on playdates, read to, carted around pretty much everywhere I could. He was also the child I took back to the corner store with a bag of coins from his own piggy bank when he inadvertently helped himself to a chocolate bar.

The child I never saw the need to yell at, slap, or spank—not even once.

The child I guided through all sorts of schooling and health challenges. The child I advocated for at every turn. The child who ate nutritious meals, has good teeth, and loving relationships with extended family—the child who never went without.

The child who is now a young man, for whom I will forever tear everything asunder.

The idea that he somehow experienced something lesser than the childhoods enjoyed in homes of so-called perfect, intact families—homes where mom or dad might have gone to work and smiled at their office mates, then come home and shrieked at everyone around them. Homes where mom and dad are married but scar their children by hating the world and each other. Homes with enough money to take their kids on fancy trips twice a year and also to send their children to boarding school when they can no longer stand the sight of them.

And, of course, homes with two loving people who offer themselves heart and soul to each other and everyone around them—a little like the home my husband grew up in. It turns out perfect, or at least close-to-perfect, families really do exist.

The only problem is the assumption that a cardboard cutout family is by default so much better than the kind with one mom or two dads or three aunts for that matter.

Now that my niece is in the city, the likelihood of her coming across the unconventional kind of family means she’ll feel a little less like an alien—while getting a chance to see the myriad benefits a lack of “normality” can bring.

I still live in the ‘burbs. It’s where I raised my son and three stepsons after I got married a second time. I wouldn’t have it any other way.

In many ways, it seems a great place to raise a family—still. It’s just a shame the ‘burbs can also be a place where families like to embrace some 1950s notion of the nuclear family, a place where we think we’re doing kids a favour by teaching them to aspire to be perfect.

Perfect, as long as we’re all willing to play pretend.

I’m so glad my niece will soon be living in a more cosmopolitan part of town, surrounded by people less likely to judge her in her formative years, who’ll welcome her and her mom with all the love and approval they deserve.

I’ll make sure my sister’s child feels the same way when she comes to visit me in the ‘burbs. I’ll take her for a cone at the local ice cream shop. “Your daughter?” Folks at the counter might ask. And I will say, “No, this is my niece.”

“A girl lucky enough to be the daughter of someone wonderful—a single mom.”